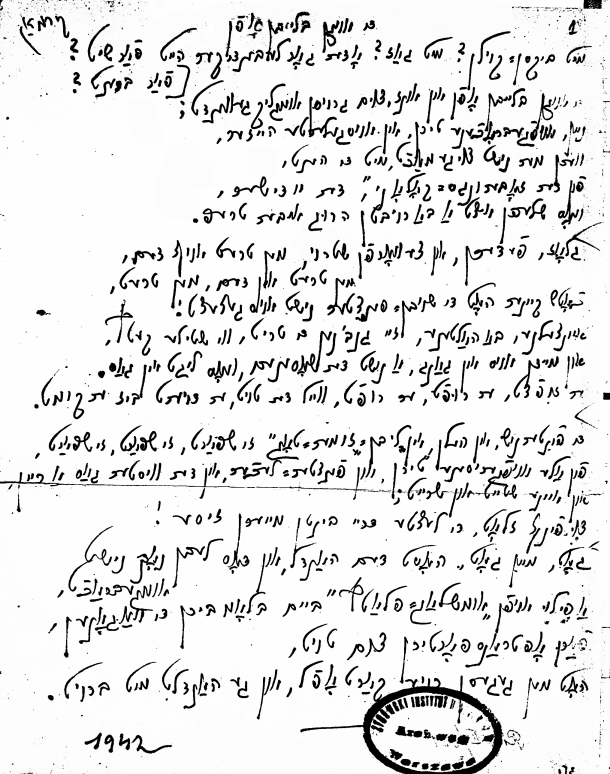 By bullets? By gas? Or even buried alive?
The eyes stay open to the great disaster ;
no, doors broke open and houses ransacked
no more to be closed by the hands
of the sanitation committee, the Jewish one
who now drag a robbed corpse over stairs.
Glass, feathers, scattered straw, they step on that
they step in that, they step,
though no one’s knocked the windows out:
lone, hidden ones, steal steps like silent cats
go around the person shot, but not yet dead, lying in the street.
He moans, he calls, he calls, for death endures until it comes.

The darkness, in the midst of a bright, beloved summer-day
presses, presses, presses
from all the torn out doors and gaping windows
into the deserted street.
And a woman stands and cries out;
_five zlotys ,sweet carrots ! last three bunches !
God , my God you have not yet killed trade and life,
even at the Umshlag Platz while loading up the trains,
for transport to death
we ate raw potatoes and sold bread.