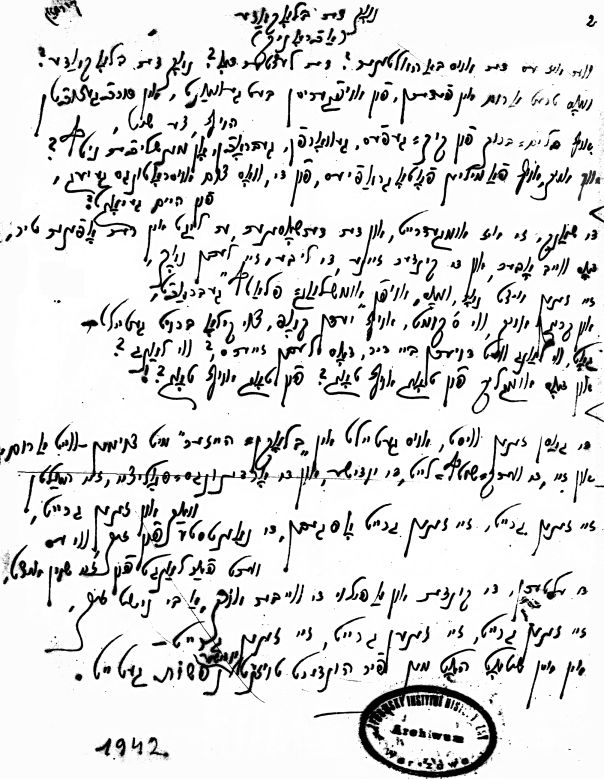 After The Blockade (A Chronicle)
by Yosef Kirman

Who is the hidden one? The last one here? After the blockade?
Who, in the violated courtyard, walks around on feathers of torn bedding,
strewn about,
Who walks on wrecked crockery and kitchen gear, thrown, broken, of no human use?
and too on family photographs of those driven from their homes ,pursued
to be destroyed?
The armoire is turned round and the person gunned down, lies at the open door,
but his wife and children, those he loved, still live,
they were just now brought to the Umschlag Platz,
and they receive, as promised would be parceled out,
a two kilo bread for every head-;
God how long will their lives endure in your care? How long?
And this tragedy goes on day after day? Day after day?